Loss of Smell and What it Could Mean for Your Health 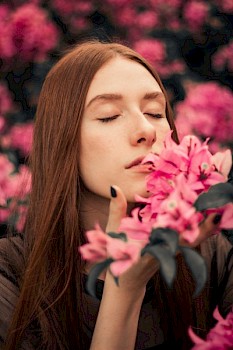 Have you lost your sense of smell?

It is not a secret that your sense of smell has the ability to enrich your perception of the world you live in. Different aromas can impact your mood, take you on a trip down memory lane, and even impact to what degree you enjoy your food. Your sense of smell also plays a surprisingly big role in your overall health. Over the past two years, the link between our health and our sense of smell has been forced under the spotlight by Covid-19 with approximately 86% of patients losing their ability to smell partially or completely. While any loss of smell (known anosmia) or the presence of phantom smells are almost automatically attributed to the pandemic at present, your compromised ability to smell can actually be caused by a number of underlying health conditions.

Although a loss of smell can point to something more sinister, there are also a number of more common and less-severe causes. Hay fever, allergies, and sinus infections can also cause a complete loss of smell or in milder cases, a compromised sense of smell. Other fairly common causes are blockages caused by polyps or a deviated septum following an injury. More often than not, a patient’s sense of smell can be restored by treating the underlying cause either with medication, a suitable natural approach, or, if no other remedy will suffice, through surgical intervention. It is also important to note that certain habits, such as smoking, drug use, and alcohol consumption can also directly impact one’s ability to smell. In many instances, the olfactory senses can be stimulated through the burning of candles which, in turn, can also boost cognitive functioning. Lavender can, for instance, serve as a mood stabiliser while lemon oil can heighten the olfactory senses.

If the most obvious causes for your non-existent sense of smell have been ruled out, it may be time to dig deeper and consider the possibility of neurodegenerative illnesses such as Parkinson’s and Multiple Sclerosis. Parkinson’s pathology, for example, first presents itself in the brain's olfactory region before anywhere else. This is why it is possible that a loss of smell is the only symptom to present itself for over a decade. In order to speed up the diagnosis of degenerative diseases, a number of tests that focus on the sense of smell are being developed. One such test is the Scratch and Sniff which was developed by a team at the Queen Mary University in London.

It’s All a Part of Growing Old

Apart from the multitude of serious and not-so-serious illnesses that can cause a loss of smell, anosmia can also be attributed to ageing. It has been determined that as many as 12% of all adults are living with a compromised sense of smell. The problem exacerbates with age with up to 39% of individuals older than 80 experiencing a sense of smell degeneration. Losing the ability to smell can lead to a decreased appetite which can be extremely risky for an older adult. In order to combat possible malnutrition, food can be made more flavourful and if needed, nutritional supplements can be prescribed.

A loss of smell can have a huge impact on one’s life. Even if it is not caused by a serious underlying condition it is always better to have the problem seen to as it may result in long-term concerns.

Cacao the drink of the Gods